I warped up another piece.  I measured out 5 yards of warp and started setting it up on the loom.  I intended for it to be 17″ wide, but it might be a smidge narrower, and once I full it, it will likely shrink about 10%.  We’ll see if it actually does.

I started weaving and I was having some trouble with tension.  I also had a thread that was twisted around another, so it kept snagging as I was trying to advance.  I realized that I didn’t need to tie on every thread individually, so I backed it up and started again.

I knotted the threads in bundles, which can make for a lumpy take up bar, which I have to figure out, but at least it looks smoother and is advancing well.

I saw a lady in the SCA selling her mother’s rigid heddle loom, which is something I’ve been wanting to do for a while. I started building one but got held up on the tensioning system, so I was happy to find this for such an amazing price! It’s a bit wider than the one I built, lightweight and portable.  After having worked on it, I can see myself weaving up a few yards of fabric on this to make a sheep-to-shawl project on it.

It took me a couple weeks, but I finally found some time to warp up a small project. I had four skeins wool yarn from a lady who was allergic. The yarn I pulled out was called “Olive medley” with a bit of peach and green and grey.  It was comprised of about 50% wool, 50% acrylic and a bit fuzzy.  I warped up two skeins of the yarn, thinking that I would need half for warp, half for weft (logically).  It proved to be a bit tricky to weave with at first, but it got easier as I went along.

It took about five or six days of weaving, including at Arts Unlimited last weekend, and finished it off yesterday, tying off the ends. It’s a lovely little table runner that I will give to Mom for Christmas. 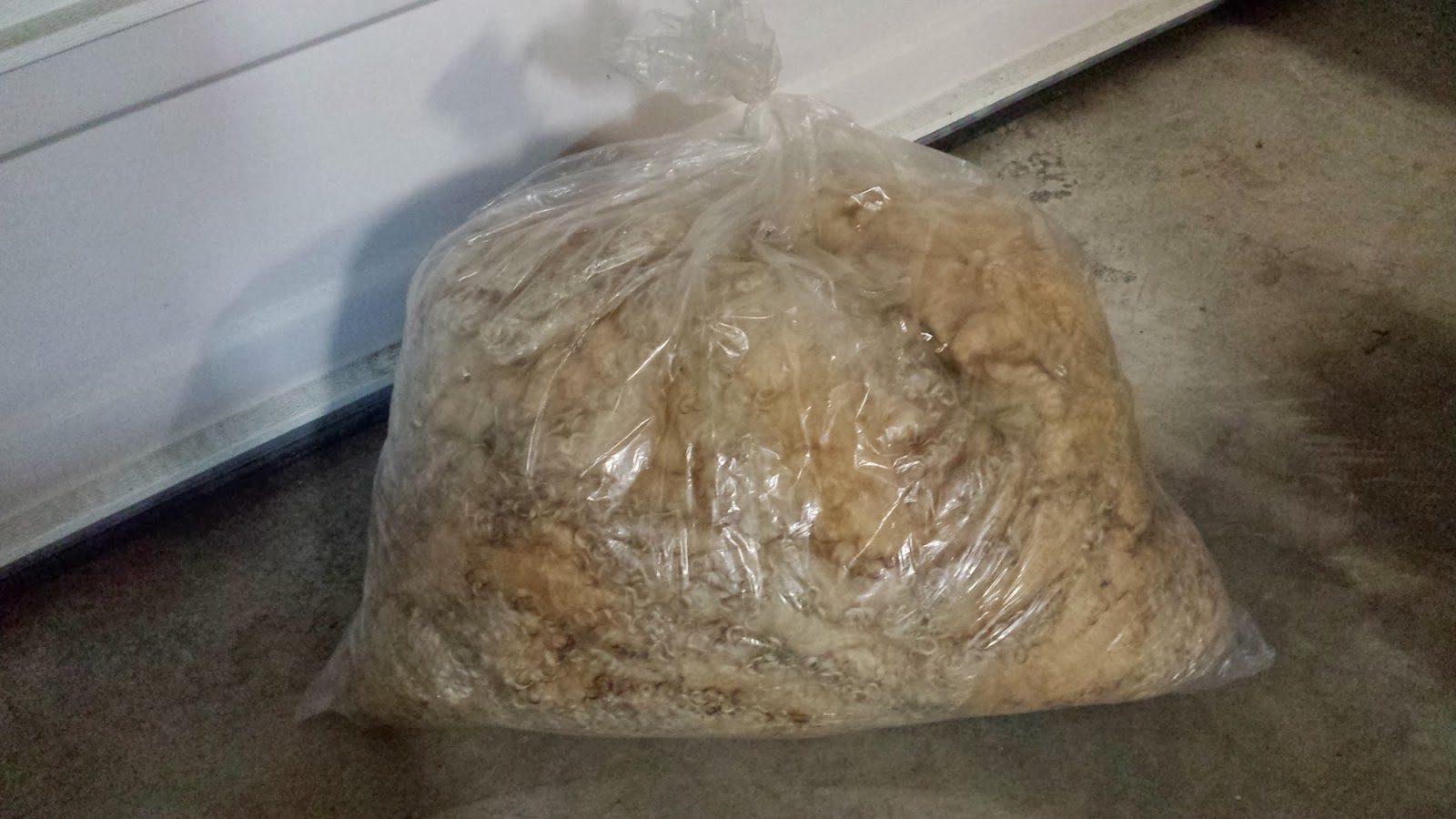